Looking back at our history

The professional soldier Wigbold Crommelin (1712 - 1789) arrived as commander of the troops in Suriname in 1749. From 1752 – 1754, he acted as governor ad interim until being officially appointed governor in 1757. Crommelin controlled the turbulent colony with composure and tact. In 1757, he succeeded to suppress the huge slave rebellion at Tempatikreek. From 1760-61, he made peace with the Marrons.

In 1768, he wanted to repatriate and requested an extended leave of absence. Jan Nepveu was appointed interim governor. Due to various urgent concerns, Crommelin was unable to leave Suriname. While remaining in Suriname, he requested an honorable discharge which was granted to him on the 28th of November 1769. This message reached him on the 5th of February 1770 and he departed in May of 1770. He left on the ship called Verwachting (Expectation) under captain Godlieb Zielkens with his wife and 2 daughters, Geertruyda Elisabeth and Josina.On May 11th, he said his final farewell to his plantation.

Following emancipation, contract workers arrived to keep the large plantations in business. A total of 938 British-Indian workers and 1401 Javanese were contracted. The numbers could be somewhat less because recruitment of workers was in cooperation with Alliance or the NHM, and it was not always clear where a contract worker was placed.

The directors at that time were:

Family Gülcher
ca. 1790 - 1934 - fam. Gülcher
The history of the plantation has been partially described in J.A.A. Bervoet’s, “inventory of some business papers originating from members of the Gülcher family and relatives,” 's Gravenhage, 1976; Suriname museum 80/20.
“… On May 18th, 1800, the merchant Theodor Gülcher (1777 - 1839) married Constantia Gerhardina Nobel (1778 - 1842), daughter of Pieter Constantijn Nobel (1748 - 1788) who was the owner of several plantations in Suriname including Rust en Werk, Lust tot Rust, and Einde Rust. The plot Rust en Werk, located on the right bank of the lower Commewijne River between Johannesburg and Pieterszorg, was inherited by Theodor Gülcher after his spouse Maria Pancake died (1751 - 1808). During the 19th century, this plot developed into one of the most prosperous cotton plantations in Suriname. Theodor Gülcher's oldest son, Pieter Constantijn (1802 - 1881), made his plantation a center for the consignment of the Moravic preachers among the slaves: a large cotton warehouse became the missionary’s house, school and work rooms were created and the students themselves were later allowed to teach on other plantations. The owner personally supervised the progress of this work.

In 1889, he established a limited liability Plantation Company Rust en Werk with his brother Jan Cornelis (1851 - 1933).This corporation focused on sugar exploitation. The brothers-in-law of Jan Marie, S. and Th. van Lierop, were also involved on the executive board of the plantation. A sugar factory was built on the plantation grounds.

Due to the relationship the family Gülcher had with sugar companies in Dutch India, they were able to acquire techniques for the refining of sugar. In 1912, control of the company came into the hands of Carel Frederik Gülcher (1883 - 1964), who forced the company to liquidate in 1934….”

The largest sugarcane factory in South America stood at Rust en Werk. After the sugarcane factory was moved to Marienburg, transport expenses became too high and sugarcane production was no longer profitable. Later, the grounds were rented to the Javanese, they planted rice.

Looking to the right side of the pier, you can still see the old concrete floor of the Rust en Werk sugarcane warehouse where rice had been stored.

Between 1934 and 1947, large-scale experiments were done with bananas (plantain) and a banana company was established. On plantation Einde Rust, the high beds in the back were used for cultivating these bananas. Many other plantations had already changed over to banana. The directors on plantation Rust en Werk at that time were Mr. Kraker and Mr. Reitsma. When World War II broke out, it was no longer possible to transport products to foreign countries and so the fields were used to cultivate cassava and rice.Many planters came into financial problems due to World War II. The government assisted the planters by guaranteeing that the employees could stay working on the plantations. When the war was over and the planters came to collect this subsidiary, many of them became bankrupt or had to give away part of their plantation. e.g. the right front piece of plantation Nut en Schadelijk was given away during that time.

Jamin
The Verenigde Cultuur Maatschappijen N.V (United Plantation Companies N.V.) was established on October 30, 1947 in Paramaribo by the four Jamin brothers. The plantation and a number of others were merged into one large company whose aim was to produce cocoa for the Rotterdam candy manufacturer Jamin and Sons. For this purpose, a new limited liability company was established. A number of extremely dry seasons during the sixties ruined the harvests and led to the demise of this cacao production.

The brothers Jamin first bought plantation Geyersvlijt, followed by plantation Maasstroom and Berlijn. In 1954, Rust en Werk and its neighboring plantation were bought.

In 1947, the history of this plantation took a turn with the establishment of the V.C.M. N.V. and the expansion of the business across more plantations than just Rust en Werk. The V.C.M. N.V was bought in 1979 by RPGA van Alen and Mr. Armand van Alen and has been a thriving cattle farm ever since.

van Alen
By the 1st of March 1979, the shares of the Verenigde Cultuur Maatschappijen N.V. were sold to R.P.G.A. van Alen. On that date, R.P.G.A. van Alen and Armand van Alen became the appointed directors. The Verenigde Cultuur Maatschappijen N.V. owns the following plantations in district Commewijne, with the exception of 203 ha.of the Resolutie:

Approximately 82 employees work on the plantations of the 32 live in the village Rust en Werk and 50 come to work daily on a ferry boat from Marienburg or Leonsberg to Rust en Werk or Nut en Schadelijk.

Mission and Vision of the Company:

The company aims to develop cultivating businesses in and outside Suriname, selling their products and furthermore that which is related to this in the broadest sense of the word, and all that which is beneficial to the company, including participating in similar or related companies with the similar goals and in addition, engaging in any type of business for which a limited liability company is allowed in Suriname. 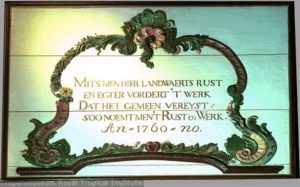 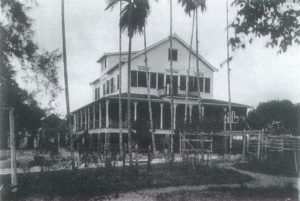 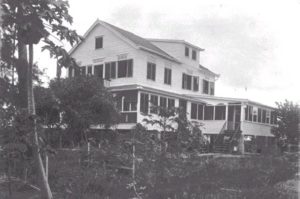 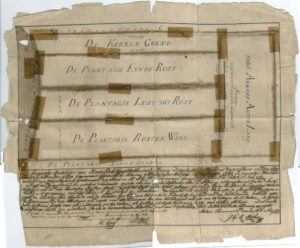 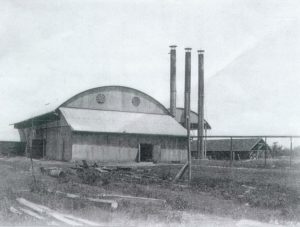 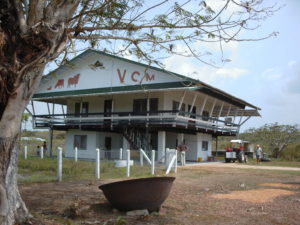 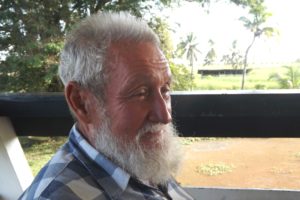